A History of Pine Point School 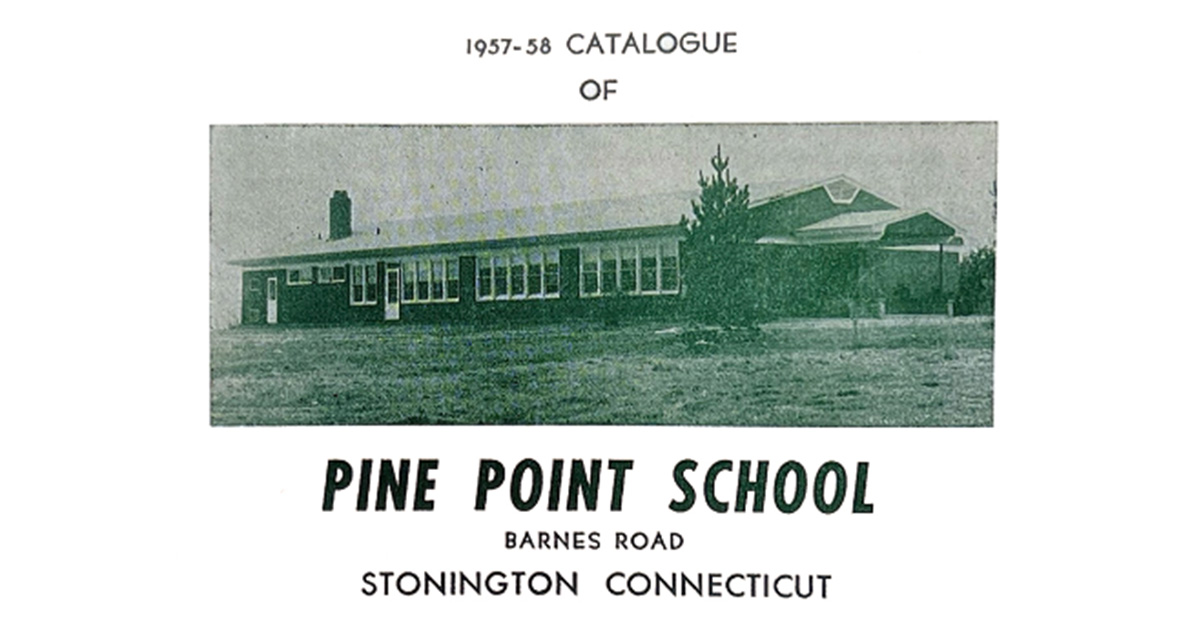 “In 1948, six Stonington founders – Mrs. Frank F. Dodge, Alfred and Helen Gildersleeve, Francis Hallowell, David Knox, and Thomas Miller – saw a need for a small private school to provide a stronger education for local children. They bought an old house at 230 North Main Street, a house with good light, a big yard, and a bathroom on each floor. They did some painting and they bought used desks and chairs from the public school. In September 1948 all was ready. Eleven students came.” 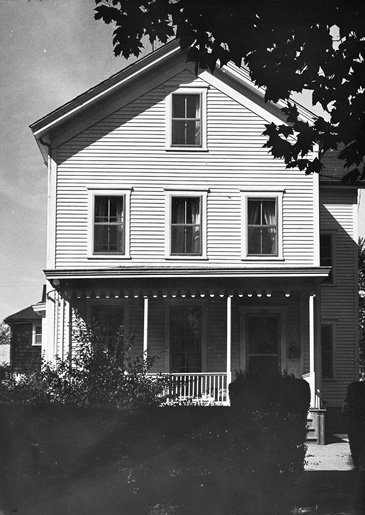 From the moment Pine Point was founded it saw a strong increase in enrollment. By 1954, the original schoolhouse was bursting at the seams. Two generous parents, David and Kate Johnstone, gave the School ten acres on which to build. On April 30, 1956 Pine Point broke ground for what would be its new home on Barnes Road. News of the event appeared in The Westerly Sun two days later. The yellowed clipping marking that day may be the most important document in our archives. 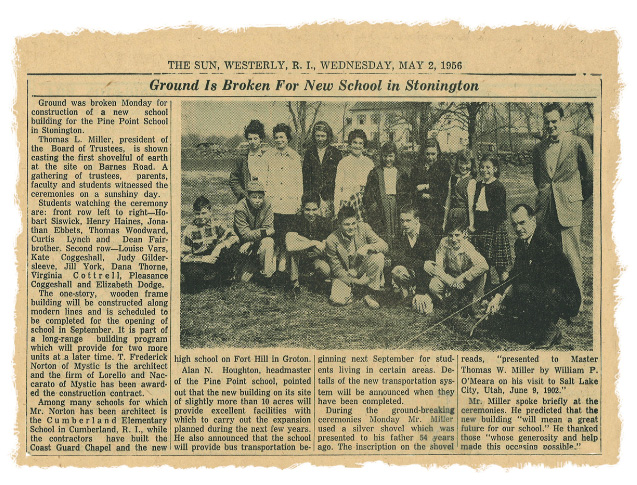 Head of School Alan Houghton (1955-1967) is shown standing behind President of the Board of Trustees Thomas Miller, who holds in his hand the one artifact that knits together nearly the entire history of Pine Point – a miniature silver shovel which has participated in every major groundbreaking since that all-important day in 1956. At that ceremony Mr. Miller declared that the new building “will mean a great future for our school.” Mr. Miller was right; the decision to put up a new building signaled the confidence that “a great future” was indeed in store for Pine Point. 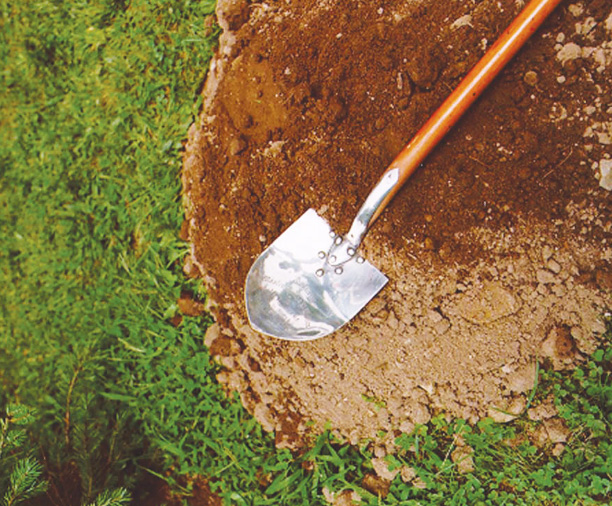 Over the years a number of additions have been made to the campus to accommodate an increasing student body generated by a growing recognition of the strength of Pine Point’s program as well as decisions made by the School’s leadership to expand the numbers of grades. In 1962, the School added a 9th grade while in 1992 a preschool was added. Three years after the groundbreaking, the Dodge Wing was put up, followed by the Houghton and Sindall Wings. The Mitchell Building, housing a gymnasium/theater and arts classrooms, was built in 1987. The Geise Library/Technology Center was completed in 2004 and four years later the DeMovick Early Childhood Center was opened.

The growth of campus facilities was also driven by the expansion of the curriculum. From the earliest days, the School’s leadership and faculty understood that children are at their best when they are actively engaged in their learning. Students at Pine Point are encouraged to ask good questions, to explore, and to investigate. Learning doesn’t take place solely within the confines of a classroom.

As the students grow older their explorations take them deeper into the subject matter, and farther from the traditional classroom itself. While the preschoolers may be visiting a local apple orchard, the 9th graders can be found on Quest, the School’s 24-foot research vessel studying local waters or participating in the Off Campus Study program. Since 2003 this program has taken them and their teachers to England, France, Costa Rica, and Hawaii for study that enhances what they are studying at Pine Point. In this enriched environment, the students build a firm foundation of core academic skills.

The essence of Pine Point is also to be found in the close relationships that exist between students, teachers, and parents. With these partnerships in place, children are able to reach their full potential in all regards. Long after they have left Pine Point, alumni will point to their connection with their former teachers as the defining characteristic of their time at the School.

The magic of Pine Point is not simply what happens in the lives of the students while they are at the School. It is also what they also take with them when they leave. With a curriculum that is intentionally designed to nourish a sense of wonder and curiosity, and a mission that emphasizes the importance and benefits of working compassionately, creatively, and collaboratively, our students go on to be lifelong learners. They are ready and eager to embrace the range of challenges they will face in secondary school and beyond. Pine Point alumni are well-equipped to thrive in an ever-changing world. 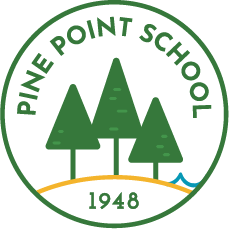 To Lifelong Learning
Visit
Apply
Give